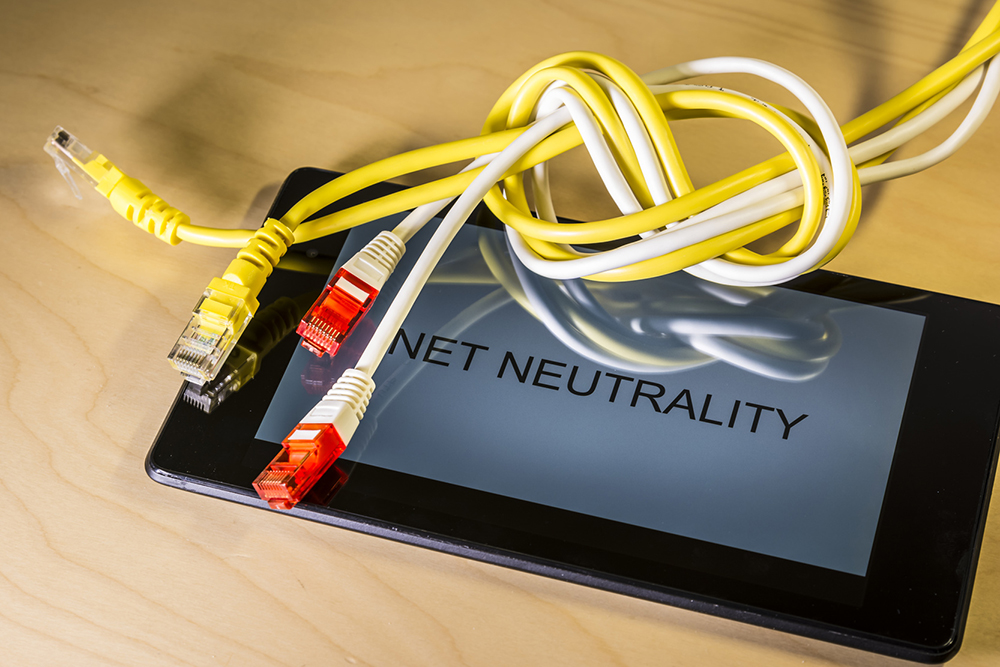 “For every action, there is an equal and opposite reaction.”

No, we’re not talking physics in this blog post. But in many ways, Newton’s Third Law could apply to the current debate that is raging over net neutrality. Unless you’ve been traveling the world for the past couple of years (and if you have, I'm officially jealous), you’re probably aware that later this week, FCC (Federal Communications Commission) commissioners will vote on whether or not to repeal net neutrality regulations implemented by the Obama administration.

What is Net Neutrality?

Simply put, net neutrality regulations ensure that ISPs (internet service providers) treat all internet data equally. Under net neutrality, ISPs are not allowed to block or slow down websites or applications, and they cannot discriminate or charge differently by user, content, website, platform, application, type of attached equipment, or method of communication.

Proponents of net neutrality argue that ISPs and cable companies want to end the regulations so they can increase fees for internet services, begin throttling (or purposely slowing) internet speeds for some customers, and/or censor specific websites and apps (for example, Netflix). They also point out that the chairman of the FCC (Ajit Pai) was a top lawyer at Verizon, arguing there are ulterior motives at play.

On the other side of the coin, you have companies like Verizon, Comcast, and AT&T, who are reportedly lobbying the FCC and Congress to end net neutrality. The aforementioned FCC chairman (Pai) has argued that the existing regulations discourage these ISPs from making greater investments in digital infrastructure that would create jobs, increase competition, and lead to better, faster, and cheaper internet access, especially in rural America.

The Importance of Millennials

No matter which side of the argument you’re on, one thing is clear. High speed internet and the services that require that level of bandwidth are the driving force behind this debate. And one needs to look no further than the current trends in consumer media consumption and attitudes, especially among millennials, and you can see why ISPs may be shifting their strategy.

Many of those trends were illustrated during a Simmons webinar last month, which compared and contrasted the numerous behaviors and attitudes within segments of the millennial generation. Among its many revelations, the webinar revealed that well over 50% of all cord cutters are millennials.

Perhaps the more ominous sign for the cable companies is the fact that a high percentage of virtually all millennial segments identify themselves as “Cord Maybes,” or individuals who currently subscribe to cable or satellite, but are likely to cut the cord in the near future. See chart below.


This is an important consumer segment for cable companies, as they represent a potential loss of future revenue. But how many future cord cutters are there? Using data from Simmons Media Behavior Trends (aka, New Media Study), the webinar identified approximately 11.5 million consumers who intend to cut the cord. Of those, 6.4 million are millennials, including 3.7 million young millennials (ages 18-29). So the younger half of the millennial generation is leading the cord-cutting charge. As those younger millennials continue to grow older and enter into their prime spending years, it can be assumed that this trend will have a profound impact on the cable industry.

And this cord cutting trend could be accelerating in the near future, with most cord-cutting intenders saying they plan to do so within the next year.

Understanding that millennials are driving the cord cutting trend, and with many more planning to do the same, what are they using to replace cable? They're streaming. In fact, nearly 70% of millennials are currently streaming, including 80% of young Hispanic millennials.


So you have a generation of consumers (millennials) who are leading the cord cutting trend. They love to stream, and are of the opinion that they get more for their money with streaming than with traditional cable. But streaming content requires high-speed internet connections, a service also provided by many cable companies.

On the other side, you have the cable companies, who stand to lose a lot of future revenue if the cord cutting and streaming trends continue among the younger generations. Strategically, it would make sense for those companies to change the way they sell and package internet service that is so crucial for streaming.

Like Isaac Newton said, for every action, there is an equal and opposite reaction. We'll have to wait and see just how much the ISPs experiment or change their models. But one thing is clear - it is behaviors, attitudes, and media consumption within the millennial generation that is driving the current volatility in the cable industry.

Matt Cumello is Vice President of Marketing for MRI-Simmons, responsible for marketing strategy and execution. Matt has over 20 years of B2B marketing experience, having worked with both start-ups and established companies in market research and technology.