Why digital wants to be tangible 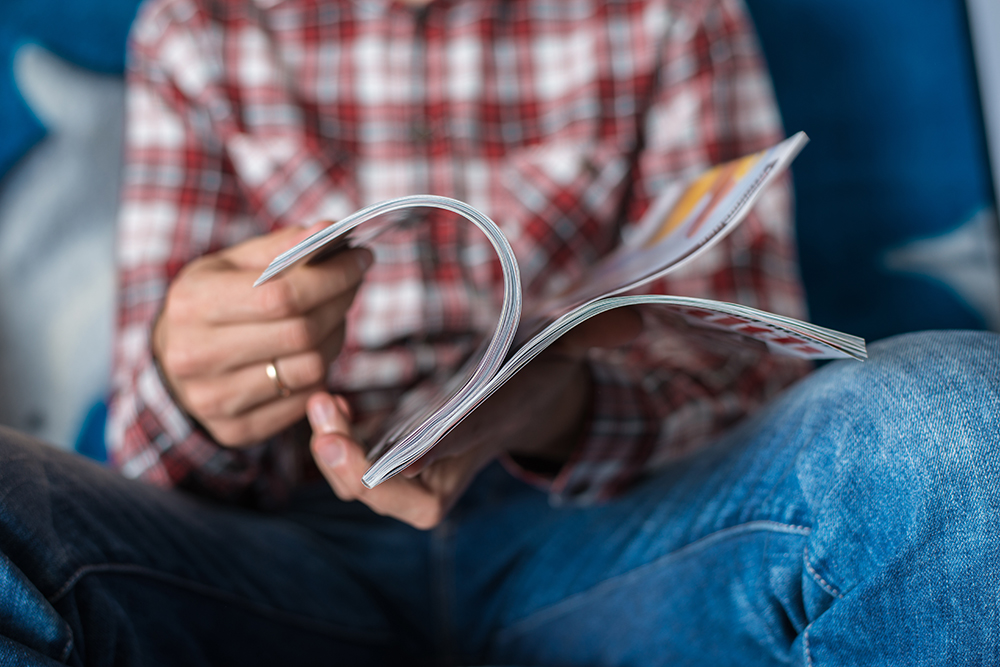 The romance between digital brands and print magazines

The trajectory of media seemed crystal clear – MP3s would make records and CDs obsolete; e-books would out-muscle the paper variety; and printed newspapers and magazines would eventually succumb to digital alternatives.

But along the way, the story became less open-and-shut, the conclusions less inevitable. Vinyl records staged a comeback, with heavyweight albums commanding premium prices. April 13th was the 12th annual Record Store Day, a frenzied celebration of vinyl in which over 500 exclusive editions were released – and often sold out – in 24 hours.

Another piece of recent media news seemed truly counterintuitive – the announcement of a new, quarterly Netflix print magazine. Could anything be more inside-out than the king of streaming media – which did in Blockbuster and most DVDs – announcing a paper publication in the year 2019?

Netflix is not alone; it is following in the footsteps of Airbnb, Bumble, Buzzfeed, and a handful of other major digital brands that have gotten into the print magazine business in recent months. Didn’t these companies hear that they are supposed to be the grim reapers of legacy media platforms, not their latest supporters?

To those of us who study media and magazines, though, the news was not at all surprising. As the print magazine ratings company, MRI has been collecting evidence of the influence and power of magazines – and their readers – for more than 40 years. Now a part of MRI-Simmons – a joint venture under GfK – MRI finds print magazine readers on average have household incomes 21% higher than non-print readers. And because of their “influencer” status, print readers are also sought out by friends and family for guidance when purchasing everything from CPG to fashion and beauty to automotive.

Recently, we added to MRI’s Starch AdMeasure surveys – MRI’s advertising accountability studies – a series of questions about the special value of print magazines. We found that, on average, 72% of readers – from Architectural Digest to Guideposts to Woman’s Day – agree that, “Even in this digital age, I still love the touch and feel of a printed magazine.”

We also find in the 2019 AdMeasure data that, on average, 55% of readers say, “I would really miss this publication if it were no longer available,” and 47% state “I find the ads in this publication a valuable source of information.” The latter is quite timely, because many print titles have been feeling the pressure of declining ad support.

In a recent editorial for Folio, my colleague Risa Becker pointed out that, even as readership of some print magazines has declined, there are still 1 billion reads of the average issue. More importantly, print brands have successfully expanded their footprints across digital platforms: MRI data shows an overall increase of 35% in gross audiences for MRI’s measured magazine websites, and the social media audiences for print magazine brands have quadrupled in the past three years!

But the resonance of classic print brands lies, I believe, simply in the value of being able to hold a beautifully curated magazine in your hands and turn actual pages without interruption. That relationship is deeply ingrained – and even for those who may not have grown up with Life or National Geographic or People, the experience can quickly take you to your happy place. That is a connection that brands of all kinds recognize as hugely valuable – and unique!

Catherine Saraniti is the Senior Vice President of Media Sales at MRI-Simmons. In her role, Cathy handles major publisher accounts and is a magazine “super fan”.